What is This Cryptocurrency? Tether 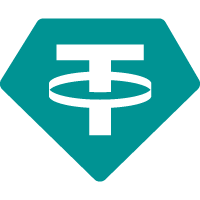 Out of the many cryptocurrencies around, there are a sub-category of cryptocurrencies called stable coins. These coins or tokens allow individuals to have a specific cryptocurrency that will hold a stable value over the course of trading or holding. Many stable coins have a value of $1.00 or close to that value depending on the buy or sell orders. No matter the amount of trading that occurs, these types of coins will continue having this same value. The need for this type of coin is in order to allow day traders to have a currency that will not change value. It also allows individuals the ability to trade more effectively without having to deposit and withdraw money from bank accounts and the like. Being able to trade in a matter of seconds rather than wait minutes or hours can make a big difference when day trading.

Tether is a cryptocurrency that is pegged to the dollar meaning that the intrinsic value will always be that of the value of the dollar. While there may be a creation of Tether, it will continue to have the same value regardless of the trades that occur. There are other cryptocurrencies that can be called stable coins such as Decentralized AI, USDC, and BNDC. When cryptocurrencies fluctuate drastically in the case of Bitcoin and Ethereum, a day trader can have a significant gain or loss in a matter of minutes. Sometimes day traders want to have the ability to trade while having a cryptocurrency that will allow them the ability to continue storing value without change.

When Bitcoin reached the all time high of 19K, it would have been great to have a coin that would allow you to transfer your Bitcoin gains into a stable coin. The value would remain the same and you would be able to hold the value of those trades. When Bitcoin dropped back down to 10K, those who held the value from a strictly day trading view, had half their investment disrupted. Some coins are known to fluctuate rapidly such as Bitcoin, Ethereum, Litecoin, and even other altcoins.

Tether has become a cryptocurrency that has changed the way individuals day trade. Similar coins allow traders to hold the value of their trades in a fast and efficient manner within exchanges. Most exchanges have a type of stable coin. If an exchange does not have a stable coin, that would be the potential for that exchange to start looking for stable coins to allow traders the ability to day trade more effectively.

Tether is currently the top three cryptocurrency by market cap. This fact does allow us to see the importance that stable coins now have in the cryptocurrency space. Bitcoin is number one for being the first cryptocurrency. Ethereum is the second cryptocurrency by market cap due to its innovation. Tether is now number three because it allows individuals the ability to day trade more effectively and allow individuals to keep their trading balances relatively stable when not trading. While the cryptocurrency space continues to evolve, there will be more uses of stable coins. As seen in decentralized finance, being able to borrow or lend stable coins can also be a new way to use the stablecoins. With less requirements than traditional borrowing, stable coins allow individuals the possibility to day trade, borrow, or lend money without having to go through more hurdles than they need to. By simplifying the financial arena, individuals can empower themselves financially and become experts in the new crypto arena.